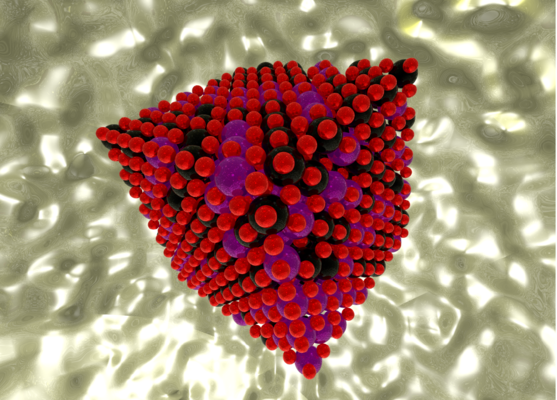 Gadolinium-doped ceria (GDC) is an important fast oxygen ion conductor. Oxygen anion hopping in different cation environments of GDC is probed using molecular dynamics (MD). We find that at equilibrium, the oxygen anions and vacancy defects arrange themselves around the relatively immobile cations in a way such that pairs of oxygen anions and vacancy defect are in greater numbers in some cation environments than others. The difference in oxygen anion-vacancy pair numbers is shown to originate from entropic effects in the cation environments [M Jaipal, B Bandi, A Chatterjee, Physical Chemistry Chemical Physics 23, 3716-3728 (2021)]. This observation is in stark contrast with the standard belief that energetic interactions dominate in solid oxide materials, and entropic factors can be ignored.