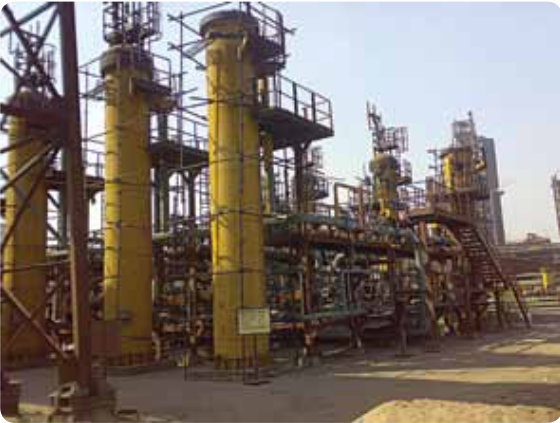 The Reaction Engineering and Catalysis group pursues excellence in both theoretical and experimental aspects, targeting commercially important applications from a fundamental standpoint with a mix of classical and modern concepts and techniques. Thus, the focus of the group is on classical areas such as process design and optimization as well as modern  areas such as biofuels (from raw materials to products), advanced energy technologies such as fuel cells, electro-synthesis of new products by green and sustainable technologies,  catalysis (synthesis, characterization and performance evaluation) for fine chemicals, and chemical technologies for semiconductor applications (Chemical vapor deposition of silicon as an alternative to Czochralski process). Some of the research by the group is specific to India such as underground coal gasification of high ash content coals which is primarily available  in India. In addition, the group is also engaged in providing smart engineering solutions to Indian Industries. The group has expertise both in theoretical aspects involving    modeling and computational studies of industrial as well as bio-reactors and experimental aspects involving performanceevaluation of scaled down reactors, electrochemical systems, catalyst synthesis and characterization etc. The emphasis of the group is always on fundamental understanding. The facilities available with the group and the department allow a    multidimensional and multiscale understanding of the problems related to catalysis and reaction engineering. The students working on different aspects of catalysis and reaction engineering are trained on sophisticated instruments and advanced computational techniques which will be critical when they take positions in academia or industry. Thus the group  serves a vital national interest in providing trained manpower. Quite often the spectrum of research on catalysis and reaction engineering intersect with chemistry, biology and materials science. Thus, the students are trained to learn and apply concepts and methodologies from these areas. The group encourages students to broaden the horizons of scientific learning and equips them with the tools to do so. As the group looks to the future, it aims to develop new chemicals and processes, green and viable technologies, process and technologies targeted to meet India’s needs in terms of energy, environment and chemicals.

According to the Paris climate accord signed in 2016 with the aim of substantially lowering the risks and impacts of climate change, the goal is to pursue technologies that can limit the rise in average global temperature to ~1.5 degree C above the pre-industrial levels by 2050. One of the important greenhouse gas emissions being targeted is carbon dioxide. Currently, production of commodities crucially linked to growth and development, such as cement, steel, plastic, ammonia and aluminum, are resulting in large CO2 emissions.

Metal dissolution is often used to kill bacteria in water. Upon dissolving the metal forms ions which can effectively kill E. coli. There is a significant need to understand the dissolution mechanism and design/control the process. The overall dissolution rates depend primarily on factors such as the overpotential, electrode surface area, temperature, and pH.

The synthesis of porous catalytic materials has profound impact in the chemical industries. The effectiveness of these materials is governed by the structure and surface morphology which is controlled by the synthesis parameters (such as temperature, synthesis time, pH, additives). This project is aimed at understanding role of synthesis parameters for the better control over porosity, surface morphology and structure of porous catalytic materials using simulations and possible experiments.